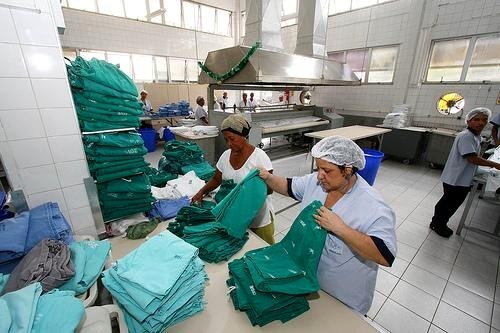 Until we're ready to part with our massive military and widening waistlines, the United States has little hope of making the list of top countries for health care. Our privatized system has yet to live up to the affordability of socialized, single-payer systems, no matter how user-friendly our website is. For a nation that so routinely dominates, the truth is we may have to take a page out of other countries' books for once.

Last month, International Living released its Global Retirement Index for 2014, a list of countries ranked according to the efficiency of their health care system and how well they make for retirement destinations. Here are the top 5:

Medical tourism has ballooned south-of-the-border because of the United States' increasingly high prescription drug costs. Health insurance costs roughly $300 per year in Mexico, with private plans costing more but still far less than what its neighbor to the north charges.

Despite its recent status as the most obese country in the world, Mexico only ranks a handful of places below the U.S. in life expectancy, with female life expectancy still exceeding ours. And if for whatever reason you find yourself in the hospital in Mexico, be grateful you're only paying $35 for the night, not $1,700 like you would in America.

Costa Rica barely edges out the U.S. in its life expectancy, at 76.8 years, but manages to do so with one-seventh the per capita expenditures and a dual public/private system that ensures all citizens can get coverage. Known as caja, the public system of health care in Costa Rica is constantly being upgraded with new equipment, technology, and educated personnel.

Retirees, or pensionados, are entitled to full coverage on medical services provided the beneficiary has a monthly income greater than $1,000, whether it's from Social Security, disability benefits, a pension, or a similar source. There are no caveats or restrictions set on people because of their age or pre-existing conditions.

The public health care system in Malaysia isn't available to foreigners, but their private system may be just as good. Under the system, doctors' visits cost $16 and dental appointments cost $9. Their per capita expenditure is actually lower than Costa Rica's $1,197, at only $645 per person. And the highly affordable insurance premiums make for heavily reduced costs - a generally healthy man in his fifties should expect a yearly premium of $400 to $1,000, depending on his plan.

A close runner-up, Uruguay has a health care system that is largely private but with a free public safety net. Patients pay their doctors directly, according to a monthly plan that entitles them to everything from regular check-ups to major surgery. Pre-existing conditions are also a non-issue for seniors, as people aged 60 and up seldom are turned away just because they wish to use the system for its purpose.

Uruguay's per capita expenditure on health care is also comparatively low, at $1,132 U.S. To put it in perspective, in America that number is $8,233.

France takes the top spot because of its dual approach to health care. The country has both privatized and publicly available options, which either require patients to pay small, heavily subsidized amounts of money out-of-pocket or rely on the Social Security system to cover the costs.

In France, the lines of communication between physicians and patients are extremely open. The red tape Americans have become accustomed to, further muddled by bickering insurance companies, is replaced by an overabundance of doctors that deal directly with patients and encourage their free choice of health care providers. Now if only they could do something about all those cigarettes.