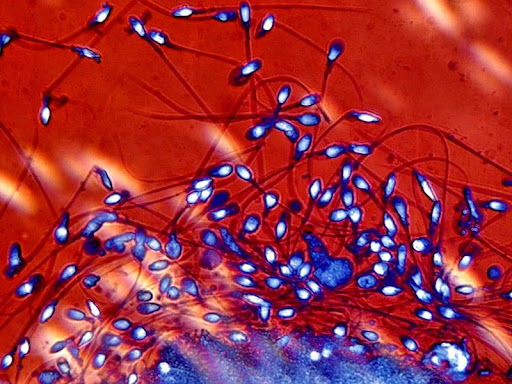 When a woman breaks up with a man, she usually wants every remnant of him removed from her life. A new study suggests that, try as she might, there may be one last piece of him that she's stuck with for good: his DNA. A study from Australia has managed to prove that fly offspring are able to resemble a mother's previous sexual partner, even when conceived with their father's sperm.
The idea of telegony, or previous mates influencing a woman's offspring, has been around for centuries. It was first proposed by the Greek philosopher Aristotle and was accepted as science until the early 1900s when it was disproved and replaced by more modern genetic theory, according to the study's press release. Unfortunately, the theory was largely used as a fear tactic to prevent women from copulating with different races or lower classes, but the study suggests the theory may have some elements of truth - for flies, at least.
To test the age old theory of telegony, the researchers manipulated male flies to grow to a certain height by changing the amount of nutrients in their diet. They then mated immature females with either large or small males. Later on, the now mature females were again mated with males of various sizes. The subsequent offspring were then studied, and what researchers observed was quite remarkable.
"We found that even though the second male sired the offspring, offspring size was determined by what the mother's previous mating partner ate as a maggot," Dr. Angela Crean, led researcher on the project, explained in the press release. "Our new findings take this to a whole new level - showing a male can also transmit some of his acquired features to offspring sired by other males."
The researchers are not yet sure about why this phenomenon occurs but believe it may be due to molecules in the seminal fluid of the first mate being absorbed by the female's immature eggs and then influencing the growth of offspring of a later mate. This finding only adds to the already complicated field of genetics. Scientists are only just beginning to grasp the concept that offspring genetics are influenced by non-genetic factors, such as their parent's diet. "Our new findings take this to a whole new level," Crean said.
To answer the question that I'm sure is on every one of your minds, no the researchers are not yet sure whether this phenomenon exists in any other species, but testimony of manyexperienced breeders suggests it may be. As for humans, I don't even want to begin opening that can of worms, but Crean did tell Medical Daily in an email that she's not ruling out this possibility.
"There is no evidence of such effects in humans, but there has not been any research on this possibility in humans. There is a potential for such effects in mammals," explained Crean. "For example, there is a lot of foetal DNA in maternal blood during pregnancy, and this could potentially play a role in such effects. There is also evidence in mammals that seminal fluid affects offspring development, so semen from one male could potentially influence the development of eggs fertilized by another male (which is what we think is happening in flies)."
Crean added that due to ethical restraints it would be difficult to conduct a similar experiment on humans.
(source medicaldaily.com)
(1182)
© 2006-2022 medpill.info Last Updated On: 11/17/2022 (0)
×
Wait 20 seconds...!!!